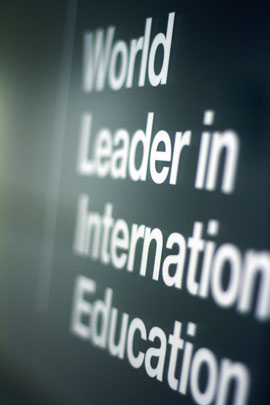 Englishtown is the world leader in education innovation. As part of EF Education First, we draw upon a 50 year legacy of academic excellence and innovative language learning. With more than 500 schools and offices worldwide, we have 40,500 teachers and staff in 53 countries. We have now provided professional English Training to 1500 well-known global corporations. We measure our success by the success of our students. We're proud to have been recognized for helping millions of people from across the world effectively to improve their English.

Englishtown dedicates to help students to learn and use English with confidence. To achieve our mission, Englishtown has invested more than US$70 million dollars to establish a Academic Research and Development unit in both Boston and London, formed by 100 scientists, linguists and academic elite; while recruiting 400 scientific experts to work at the Research and Development team in Shanghai China. All elites from different regions strive to enhance the effectiveness of the learning system, allowing more people to learn English more easily.

As one of the headquarters, staff in Englishtown Hong Kong come from more than 30 different countries and regions. Our teachers also come from English-speaking countries including the United States, United Kingdom, Australia, South Africa and New Zealand, etc.

EF stands for Education First, it is founded by Bertil Hult in 1965. EF, a privately held company. EF aims to break down barriers in language, culture and geography. There are 15 subordinate agencies and non-profit organizations under EF umbrella, to provide different educational programs including language trainings, study tours, degree programs and cultural exchange programs.

1965: Bertil Hult establishes EF Education in the Swedish university town of Lund. He sets up a summer language course for young people initially, and expands his school throughout Europe within 10 years.
1971: EF expands its businesses in Europe and add in specific language courses for kids, adults and professionals.
1972: EF starts its first Asian office in Tokyo after Japan eliminated this restriction to foreign companies.
1976: EF starts the exchange program for high school students as well as non-profit organizations in the United States, and starts a new office in Boston.
1979: EF opens a travel company in Mexico and has offices setup in Mexico City and Buenos Aires which are the first in Latin America.
1983: EF starts providing educational tour to the student organizations in the United States.
1985: EF celebrates her 20th birthday with the first million tourist.
1988: EF establishes an office in Seoul and is appointed as the "Official Language School" of the Seoul Summer Olympics. 1989: EF starts "Cultural Care Au Pair" program.
1993: Paul Rand redesigns the logo of EF and the official name of EF has been changed to Education First. It implies EF has grown into a global education company.
1993: EF establishes an office in Hong Kong.
1994: EF acquires the first local English teaching school in Mexico City, and the same type of English school has been established in Russia, Indonesia and China in the next 10 years.
1995: EF starts a joint project with Apple Computer, Inc. to explore how to use technology to create a fundamentally better way to learn a language, which is Englishtown. Englishtown has already become the world's largest online English school today.
1998: EF sponsors two yacht in the Global Challenge yacht race. The "EF Language" yacht driven by Paul Cayard is the champion.
2000: EF builds a new mansion for the North American center in Boston, while a U.S. senator named Edward Kennedy donates a piece of the Berlin Wall for exhibition in the entrance of the center.
2003: EF acquires the Hult International Business School, which now ranks within the first 25 among the Business School in the United States, as well as the world's top 100 business schools according to the Financial Times.
2007: EF is appointed as the "Official Language Training Services Supplier" of the 2008 Beijing Summer Olympics. EFs Founder, Bertil Hult is one of the torchbearer in the 2008 Summer Olympics torch relay.
2008: EF establishes her first private high school, and establishes more in Torquay, New York (left image), Oxford, Singapore and Brisbane in the next few years.
2009: EF is selected as one of the top 50 multinational corporations in China.
2010: EF enters into a ground-breaking collaboration with the University of Cambridge.
2010: EF Labs invents a Free English Learning app to provide 24 hours English learning environment for students.
2011: The EF English Proficiency Index (EF EPI) is published. It is the first index which ranks the English proficiency of 44 countries in the world
2012: The EF English Proficiency Index (EF EPI) ranks the English proficiency of 52 countries in the world is published.
2013: EF collaborates Peking University to explore the best way to learn English more effectively.
2014: EF is appointed as the "Official Supplier of Language Programs" of Sochi 2014 Winter Olympics.
2016: EF is appointed as the "Official Language Training Supplier" of the Rio 2016 Summer Olympics.

Englishtown and the University of Cambridge

EF and the University of Cambridge's Department of Theoretical and Applied Linguistics have established a joint research unit to investigate accelerated language learning.

EF has created a joint research program with Peking University's School of Foreign Languages, the research program is to examine how to advance the studies of English in Chinese-speaking countries. 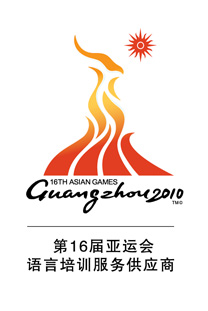 In order to express dedication and support to our Hong Kong athletes, Englishtown donated HK$3 million worth of English courses to the "Hong Kong Athletes Career and Educational Programme" which is under the "Sports Federation & Olympic Committee Hong Kong, China. This helps 200 Hong Kong athletes to improve their English skills for their future retirement from sports and equip themselves for other career development.

We are the pioneer in combining technology and education, the results are brilliant and are internationally recognized:

Top 10 Education Institute for the Youth in China

Englishtown is registered with the Education Bureau. Our training course is also recognized by the government's ""Continuing Education Fund"" and ""Workplace English Campaign"". Upon completion of the English course and passing the specified benchmark test (for example: BULATS Cambridge Business English test provided by Englishtown), qualified candidates can have their course fee reimbursed from the ""Continuing Education Fund"", the reimbursement is up to 80% of the tuition fee, subject to a maximum sum of HK$10,000.

Englishtown is recognized by the Government and is under the "Reimbursable Course List" of the CEF, to provide reimbursable English course. Upon completion of the English course and passing the specified benchmark test (for example: BULATS Cambridge Business English test provided by Englishtown), qualified candidates can have their tuition fee reimbursed from the CEF, the reimbursement is up to 80% of the school fee, subject to a maximum sum of HK$10,000.

Our Englishtown course is the designated teaching materials for the "Employees Retraining Scheme English Course" at VTC and "HKCEE English Oral Course" at "The Hong Kong CyberU" of The Hong Kong Polytechnic University.

Get FREE EF My Words App

15 From now until 15 Apr 2018, the first 50 people who enroll in our designated English course can get an iPad or iPhone SE for free!
Please fill in the form below, we will get back to you at the soonest.